In 1966, Bob Gault founded what was to become the world’s largest loudspeaker manufacturing company after working as an engineer for Magnavox and CTS (Chicago Telephone Supply). Ironically, Gault started Eminence hoping to maintain three 18″ speakers per day, based on a commitment from Ampeg’s Everett Hull. Under the leadership of Gault and most recently his son, Rob, the company’s capacity has grown to over 10,000 speakers per day, employing nearly 200 people.

Gault was the president of Eminence from the company’s inception until 1992. He officially retired in 1993, but continued to make valuable contributions to the company. Gault passed away on October 4, 2002. He was a husband, father, and grandfather. Gault was also an avid golfer. He is greatly missed by his family, the music industry, and the Eminence community.

Eminence, Kentucky (population 3000) is centrally located in the heart of Kentucky, between Louisville and Lexington, Kentucky and Cincinnati, Ohio. Bob Gault chose this location as it was ideally situated for shipping products all over the USA. The Eminence and Henry County community could also provide the labor needed to manufacture products on a large scale. After forty years, Eminence, Kentucky continues to provide ideal conditions for the manufacturing and distribution of the World’s #1 Loudspeakers.

The first Eminence facility, located in downtown Eminence, employed around thirty people. The building was less than 6,000 sq. ft. and production was often less in one week than it is in one hour at our present facility. In 1972 Eminence Speaker moved to a new location in Shawnee Industrial Park on Mulberry Pike where we remain today. 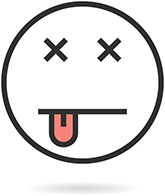